The real cost of data storage

As business owners and big corporations well know, storing data and keeping it safe comes at a cost. More often than not, the costs are high. Server rooms – whether large or small – are expensive to set up and to run, with many factors contributing to their costly nature.

Server rooms are expensive to cool down.

Excessive heat in a server room can cause catastrophic damage to business, due to downtime, lost productivity and lost data. Just ask Microsoft! When their Hotmail data centre overheated, both Hotmail and Outlook.com were offline for up to 16 hours.

According to the tech experts, the recommended temperature range for a server room is between 64.4F and 80.6F, with relative humidity between 45-50%.

With Zella DC being the size of an average refrigerator, it offers its own cooling and power capabilities, significantly reducing operational and energy costs by 30-60%. The insulation and small air volume also mean that it’s incredibly efficient to cool. In fact, office power savings of 70% have been reported. Those energy savings quickly add up. 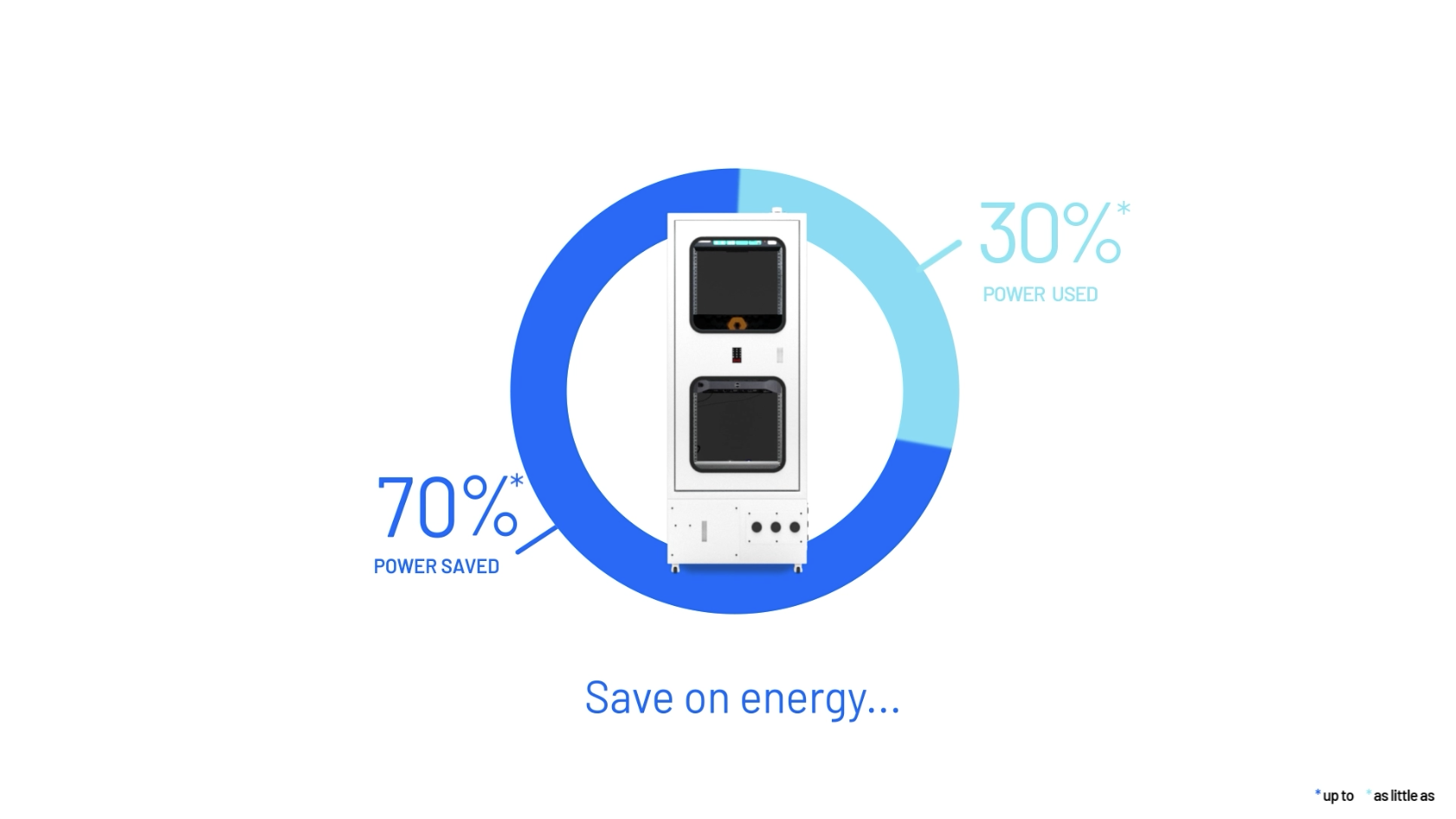 Office space comes at a premium, as any CBD business owner will tell you. In Sydney, it costs around $1,173 per square metre, per annum, for office space in a prime CBD position. In the Perth CBD, rent currently sit at around $710 per square metre, per annum. With that in mind, handing over floorspace to a server room – whether you need a space the size of a closet or an entire floor – is hard to reconcile.

The Zella DC eliminates the need for dedicated server rooms. This micro data centre can be placed anywhere on your premises, such as in hallways, meeting rooms, cafeterias, board rooms and reception areas, thus drastically reducing your on-premise IT footprint.

As you’d expect, the Zella DC is well-insulated acoustically and thermally; noisy data rooms run at around 75-95Db, but a Zella DC operates at around 35Db, so it’s perfectly practical to place them in the centre of an open-plan office.

Server rooms are difficult to relocate.

Downtime is the enemy of every business, large or small. When your server is down, your data is unavailable. In 2017, it cost, on average, $100,000 for every hour or downtime – a figure that is almost certainly higher in 2021. In May 2017, a power system in British Airway’s data centre failed, resulting in a loss of approximately $68 million in fare refunds, followed by a drop of 2.8% in stock prices. Even if you’re not a multinational, your business can’t afford downtime!

Zella DC is a fully sealed, self-contained data centre in a box, ready to plug-and-play anywhere on earth, regardless of the conditions you throw at it. There is no downtime with Zella DC.

Server rooms take months to implement and are difficult to alter.

The planning, approval, construction and completion of on-premises data centres can take between 12 and 24 months, running the risk of downtime.

From planning to completion, the Zella DC takes 5 to 12 weeks, thus eliminating any risk of downtime.

Traditional server rooms are also fairly permanent. If you’ve ever dealt with a “make-good provision” in a commercial real-estate lease, you’ll know that it’s the most contentious part of any contract. Unfortunately, it’s a standard inclusion to return premises back to the condition when first rented, which is tricky when you’ve converted a large portion of the floor space into a fully fixed server room.

Businesses may not have large amounts of money available at the beginning of operations. It makes much more sense to start small and scale up as your business grows. With a modular data centre, this is easy. Moreover, they’re portable and can be moved from location to location.

Why choose a micro data centre?

At Zella DC, we’ve seen total savings of 50.8% ($363,985) per annum after a business switched from a traditional, on-premises server room to a micro data centre. If you’d like to see the potential savings for your business, take a look at our online calculator.

The savings are real with Zella DC: less floor space, less noise, less cooling, less energy expended, less downtime. You’ll see return on investment in months, not years. Our solutions suit any organisation downsizing their IT footprint. And by saving energy, you'll also be helping the environment (and your NABERS rating).

Get in touch if you'd like to find out how we can reduce the costs of your data storage.

CIO and IT managers are often asked to do more while cutting back on costs. Normally ‘doing...

If you’re in data management, the odds are your life has just got a whole lot harder.

Is your data safe and secure?

There’s no question that Australian businesses are under threat online. According to Accenture,...